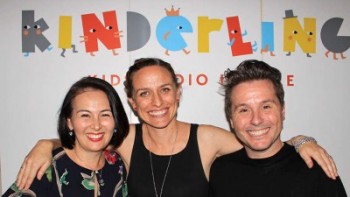 How do you find the words to explain what’s happened in London to your kids? Tina Harris, otherwise known as Lah Lah from Lah Lah’s Big Live Band, and Benny Thatcher from Bennytime join Shevonne in the studio to talk about how they approach it, with ideas sparking from an article written in the UK.

They also debate whether they share money with their other half after a recent SMH article written by Polly Dunning, how they accommodate children with special needs in their musical performances and where they place their needs in comparison to their family (after Kristen Toovey’s awesome blog for Kinderling). They end the conversation with a rendition of the lullaby they sing (or sang) to their children.