It’s as easy as abc – introducing your kids to music

Watching a child’s emerging appreciation for music is pretty special if you are lucky enough to witness it. Singing, dancing, moving, all little steps in the awakening of the musical tornado inside thats waiting patiently (but completley impatiently) to get out, culminating, eventually, in early morning raves and dance parties, while us parents sit at home sweating it out for their safe return several days later.

We can’t stop it from happening, and why on earth would we?

There are various ways to encourage this in the very young, but there is a reasonable, and understandable, divide between the musical approach used for the early years (0-5) to primary (K-6).

Primary school is predominately instrument and technical based, which is more akin to the minds of the relevant age. But what to do if you see your younger child showing early signs and  you want to help out?

No idea, but recently I stumbled upon a concept in a class room of mine that really resonated with a group of 4-5 yr olds. So much so, I thought I would share it here.

Firstly, get yourself a keyboard. Just a cheap one. You can pick them up anywhere nowadays. Toy shops, gumtree, second hand shops. A simple cheap keyboard costing barely $20. There is no point getting all excited about weighted or full size keys as they are no use to little hands. Also, a cheap keyboard will have several different, easy to use, sounds which is great for a child to experiment and explore with.

*Hint – Check the back of the keyboard and try to ensure it has a headphone Jack or commonly referred to as ‘Phones’. For obvious reasons, this allows your child to play freely with little to no concerns about noise levels and being asked to keep it down. 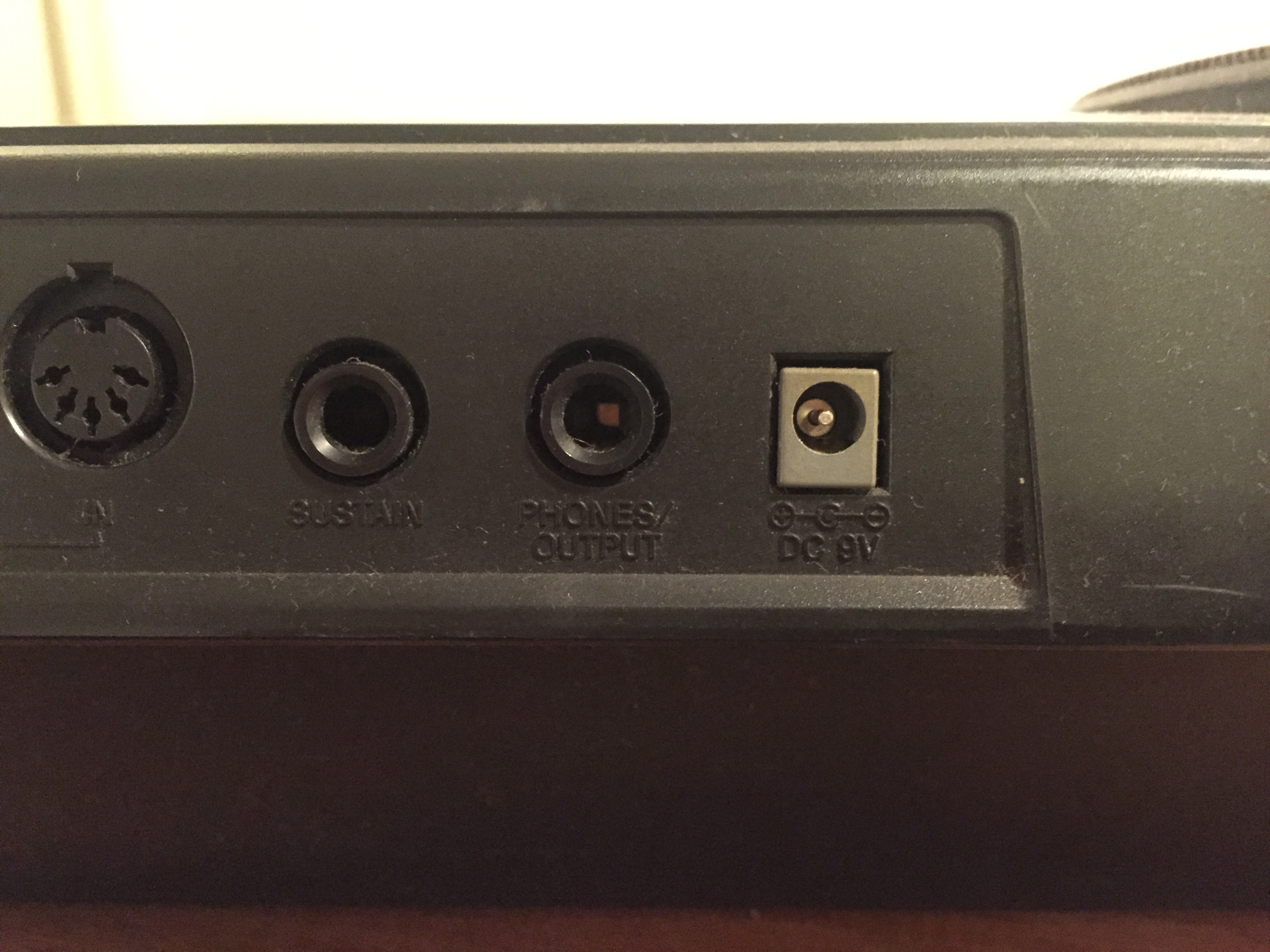 Once you have your keyboard and your kid has fallen asleep (as this will be the only time you will be able to steal precious moments with the thing) write the letters c d e f g a b c, on the corresponding keys as shown in the picture below.

*Hint – For those of you who consider your musical literacy on par with a packet of chips, Ensure you get the right keys. It is important to get the order and location right, so follow the picture closely and you’ll be fine. 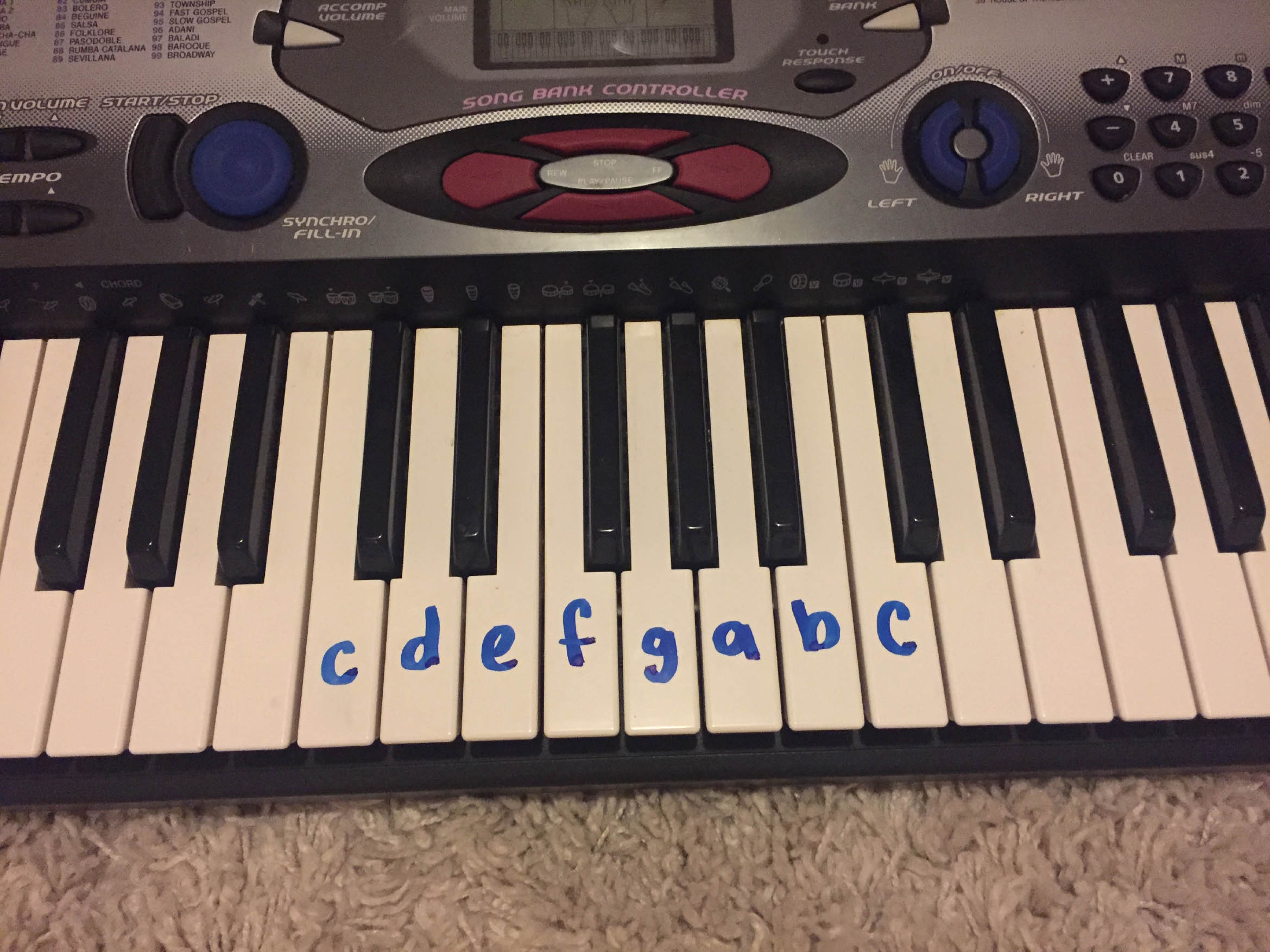 And for  you who understand the idea of an octave (Note C through to Note C) I recommend only doing one. Any more will be just a little confusing and overwhelming to a young child.

*Hint – Most primary school teachers will tell you that they would rather younger children learn lower case letters over Capital, for many and varied reasons. So help them out and keep your letters lower case.

Now, here is where it gets awesome. I have put together a collection of songs, which, if you click on, will lead you to a downloadable PDF which has each song with the corresponding letters. Your child can then play the letters as they see them, producing the tune of that song. For example, if you play

Now Download some songs and give it a try with your kids. They’ll be elated.